This page is dedicated to the two Santa Paula police officers that died in the line of duty.

According to newspaper accounts at the time, Marshall Henry Norman was investigating a report of shots fired in the area of East Main Street. Night Watchman James Gamel accompanied Marshall Norman. During their investigation they were directed by witnesses to the area of Ventura Mill and Lumber Yard where additional shots were heard.

As they approached the area four persons were seen, all carrying guns. Marshall Norman ordered them to drop their weapons, but instead they immediately began to shoot at the two officers. A hail of gunfire erupted from both sides with Marshall Norman being hit in the chest. He died two days later of his wounds. 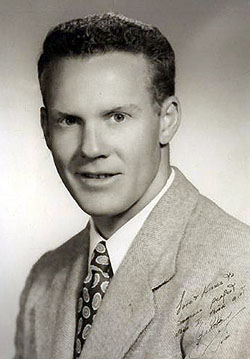 Witnesses stated they observed Officer Barmore operating his police motorcycle on Ojai Road in the vicinity of Saticoy Street with lights and siren. He passed a pick-up truck that had pulled over to let him by. Just after that, the motorcycle was seen to be in difficulties and 50 feet after the truck it went out of control.

An ambulance had been following Officer Barmore to the scene stopped, gave assistance and transported him to the hospital where he succumbed to his injuries.

On May 21, 2011 a Police Memorial was dedicated in memory of these two officers. It is located in the park on Santa Barbara Street next to the Train Depot. 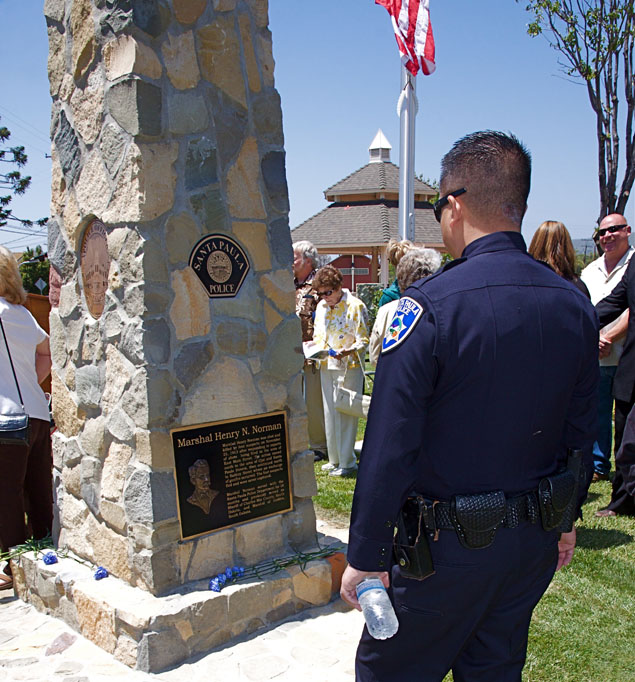