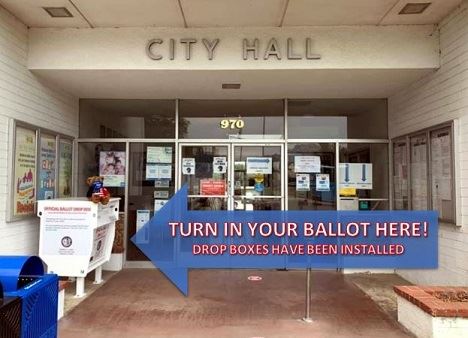 The City of Santa Paula is an At-Large City with a five (5) City Councilmember form of government. Councilmembers serve a term of four (4) years with the terms being staggered on a 2-year basis with three (3) members being elected at one election and two (2) at the next.

No person shall hold or be eligible for nomination to office as a member of the City Council unless at the time their nomination papers are pulled, they are a registered voter of this City and a resident of this City.

The nomination period for registered voters interested in pulling papers for open offices is July 18, 2022 – August 12, 2022 per California Elections Code Sections 10220, 10230 and 10407. All required forms must be completed and returned during the nomination period.

If a current incumbent doesn’t file nomination paperwork by end of business August 12, 2022, the California Elections Code also states the Nomination Period will be extended an additional five days. During that time the incumbent will NOT be able to submit nomination paperwork, but any additional registered voter may pull and file. If the nomination period does extend, the dates will be August 13, 2022 – August 17, 2022.

Candidates interested in running for City Council will need to schedule an appointment to receive information regarding nomination papers by calling the City Clerk Department at (805) 933-4208, or email CityClerk@spcity.org. The City Clerk’s office is open Monday through Thursday, and every other Friday, from 9:00 am through 4:00 pm.

Prior to soliciting for any campaign funds or expending any personal funds for the election, individuals must file Fair Political Practice Commission FPPC Form 501 (Candidate Intention Statement) with the City Clerk.

Conditional Voter Registration extends the existing 15-day registration deadline in California for eligible voters. Voters are allowed to register and vote provisionally starting 14 days prior to an election through Election Day, only at all permanent and satellite offices of the county elections official and all vote centers in the county. (Elections Code §2170 (d)(1))

Monday through Thursday, and every other Friday, from 9:00 am through 4:00 pm.